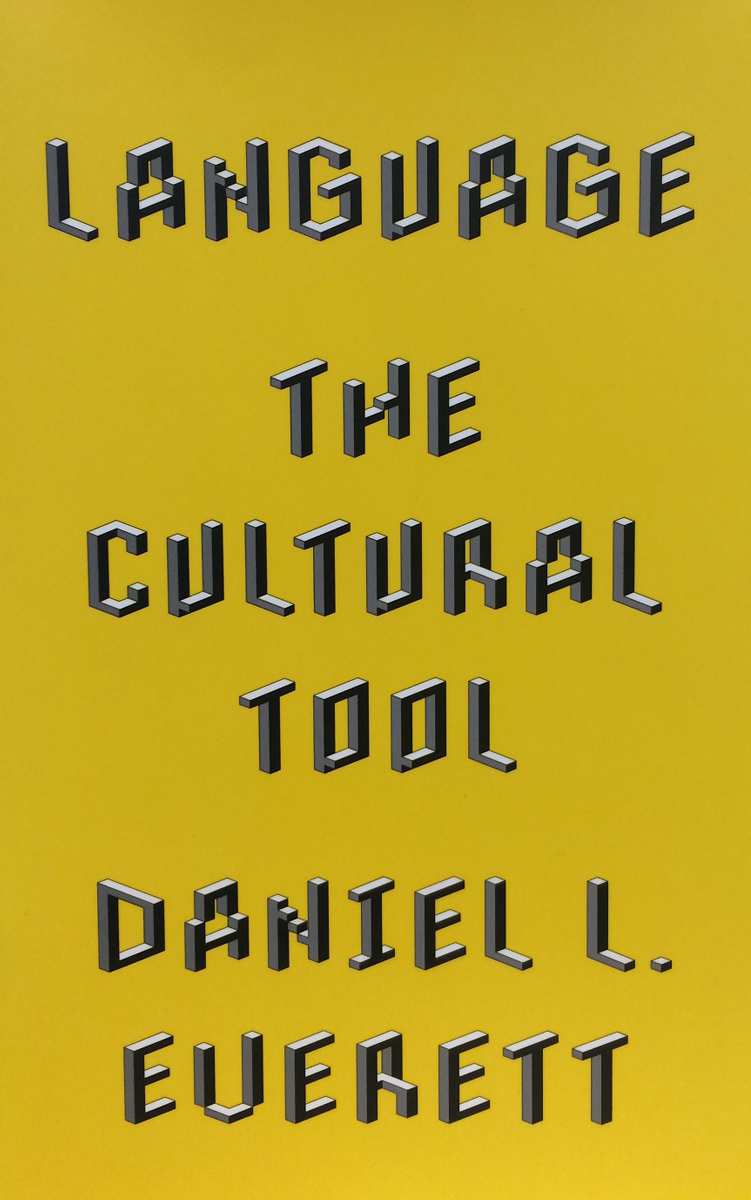 This book, on the nature of language, was released in March of 2012. It is Language: The Cultural Tool for Pantheon (US) and Profile (UK). The book is for a general audience and makes the case that language is not innate, that there is no language instinct, and that talk of Universal Grammar or a Language Organ doesn’t match up well with the evidence from evolution, language development, or data from the world’s languages. This book, like Don’t Sleep There are Snakes, tells its story partially by means of personal experiences of mine and others in Mexico, Brazil, and elsewhere.

Language surveys research by psychologists, computer scientists, primatologists, anthropologists, linguists, philosophers and others to make the case that language is an elaborate tool for our brains, the basis for other tools like math and music. Probably language was invented just once in human history but evolves in all societies such that the form of language (grammar) comes to match the needs of its containing culture. Language was originally developed by someone like the guy on the GEICO commercials. That is, language most likely derives from the brains and efforts of normal hominins, rather than resulting from a sudden evolutionary saltation. Or to aphorize, it comes from cavemen, not X-men.