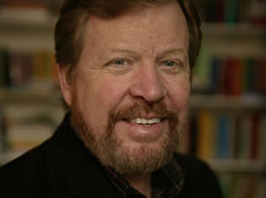 I came into Linguistics serendipitously. Although I have always been interested in languages, largely due to growing up on the Mexican border, hearing Spanish spoken all around me, in Holtville, California (where my dad worked as a cowboy, bartender, and mechanic), near Mexicali, Mexico.

I wasn’t particularly interested in science – I wanted to be a musician. But on a trip with my school band to Hollywood, I went to see the movie My Fair Lady (at the Egyptian Theater) and I was fascinated by the work of ‘Henry Higgins’ (coincidentally, the linguistic consultant for that film was Peter Ladefoged, who became a good friend and co-author, before his death in 2006). Higgins’s work attracted me intellectually and because it looked like phoneticians could get rich.

A few years later, I met a family of missionaries who worked in a tribal village in Brazil, among the Satere-Mawe. Eventually I moved to Brazil to be a missionary with SIL International (I no longer have any affiliation with that organization). I completed an Sc.D. in Linguistics at the University of Campinas (UNICAMP). For much of my career I conducted research from a Chomskyan, formalist perspective (I wrote the article on Noam Chomsky for the MSN Encarta Encyclopedia.)

My current research is concerned with understanding how cultural values constrain language. I would eventually like to develop an approach to linguistics in the tradition of William James, where the notions of usefulness, coherence, and radical empiricism produce a view and practice of science different than the Cartesian-Popperian views of knowledge that have undergirded so much research in linguistics. I would also like to see the re-cultivation of a Boasian approach to the study of language as something embedded in a rich cultural matrix.

I have lived in jungle villages for nearly eight years of my life and have conducted field research almost every year since 1977.

I am now at Bentley University, where I am the Dean of Arts and Sciences.