Archive for category: Dark Matter of the Mind

You are here: Home / Dark Matter of the Mind

Hauser, Chomsky, and Fitch (2002) claimed that recursion is the fundamental basis for language, the sole member of the FLN (Narrow Faculty of Language): “We hypothesize that FLN only includes recursion and is the only uniquely human component of the faculty of language.”

In Everett (2005), however, I argued that the Piraha language of Brazil lacks recursive sentential syntax, though he acknowledged that the Pirahas do think and construct discourses recursively. Since the publication of Everett (2005) reactions to the claim that Piraha lacks recursive, sentential syntax have been one of the following three: (i) Everett is a liar and a charlatan (Chomsky); (ii) Everett’s claims are irrelevant (Chomsky, Roberts, Hornstein); (iii) Everett is wrong (Roeper et. al., Nevins, Pesetsky, Rodrigues). I am going to ignore (i) (because I am not a liar) and (iii) (because I have answered this in numerous publications). END_OF_DOCUMENT_TOKEN_TO_BE_REPLACED

My newest article appeared in the Chronicle of Higher Education on April 30, 2017.

“In a Pirahã village along the Maici River in Brazil, I squeezed mustard onto a piece of bread. An old woman from the village watched me. “Why do you eat bird shit?,” she asked. There was irritation in her voice. Then I looked at her more closely: My curious inquirer was sucking the brains out of a roasted rat head.

There was novelty in what we were seeing. Diverse perspectives. We had stumbled upon the necessary condition for all learning.

There are those who say that learning is changed behavior following exposure to new information. If we already know the information we are receiving, such as the familiar food before us on the plate, we have not mentally expanded. Same food, no learning. New food, learning. Eating a plate of surströmming would be new behavior for me, based on the new information that one can, in fact, eat a terribly stinky fish. Just as sushi was once new to me as an adult, and solid foods as an infant. Food is a captivating teacher…” (read more of Seek Out Strangers – the less comfortable we are, the more we learn)

END_OF_DOCUMENT_TOKEN_TO_BE_REPLACED

A discussion of Understanding Recursion and Looking for Self-Embedding in Pirahã, by Raiane Oliveira Salles, Pontifícia Universidade Católica of Rio de Janeiro. http://www.maxwell.vrac.puc-rio.br/26480/26480.PDF

In the decades since I began field research on the Pirahã language, in December of 1977, 39 years ago, no one else has done any descriptive linguistics field research on this language. Brazilian Anthropologist Marco Antônio Gonçalves did about 18 months of field research in the late 80s and early 90s, to produce both a master’s thesis and a PhD in anthropology, on Pirahã naming and cosmology respectively. He never learned the language, but he did provide initial coverage to important topics in Pirahã culture.

END_OF_DOCUMENT_TOKEN_TO_BE_REPLACED

Gibberish meets Wolfe: Recursion is Just a State of Mind

Tom Wolfe’s new book, The Kingdom of Speech, continues to be the object of scathing reviews on blogs, in comments, and even in newspaper articles by linguists, anthropologists, psychologists, journalists, and evolutionary biologists  – often people with some belief that the views of Noam Chomsky on linguistics and politics are proven or so well-established that challenges from outside of science – the unwashed – are somehow sacrilegious. I have no dog in this fight. Wolfe’s book is not my book. The parts about me are accurate. Tom talked to me for hours over a period of several months. I never had any context. I only answered questions about myself and my views. Not where they fit in science.

END_OF_DOCUMENT_TOKEN_TO_BE_REPLACED 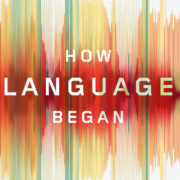 My newest book, after Dark Matter of the Mind, is called How Language Began: the Story of Humanity’s Greatest Invention (due out in Spring 2017, published in the USA by Liveright (WW Norton) and in the UK by Profile Books).  What follows is the catalog copy:

END_OF_DOCUMENT_TOKEN_TO_BE_REPLACED

Pending publication with University of Chicago press, here is the overview of my new book, Dark Matter of the Mind.

I believe that there is evidence for instincts and innate capacities in all creatures. But I believe that the evidence presented is often weak. And I also believe that higher-level cognitive capacities in Homo sapiens are the least likely places to find instincts. If one is claiming that a cognitive characteristic is innate or an instinct, they must do the following at a minimum:
1. Show evidence for something that doesn’t seem to be learnable.
2. Argue convincingly that it cannot be learned from the womb to the time of testing.
3. Define “innate” or “instinct” so as to encompass not merely “bias” or “capacity” but also “knowledge” (depending on the specificity of your claim and mindful of, at a minimum, problems with such definitions, eg Matteo Mameli’s discussions).
4. Provide a plausible account of the evolution of the trait.
5. Keep genetics and epigenetics separate.
6. Devise a methodology more sound than baby sucking or eye-movements.

If you can’t meet these minimal requirements, talk of instincts/nativism is premature.
Almost no claim for instincts gets beyond 1. Therefore, as Mark Blumberg says, such talk is “bedtime stories” for adults. Here is one useful link: http://www.pointofinquiry.org/mark_blumberg_freaks_of_nature/

What does this mean? It means that if you see claims for a morality instinct, an art instinct, a language instinct, etc. you are reading nothing more speculation, unless it gets significantly beyond level 1 above. I am not aware of any that do.

So far, we have seen nothing in grammar, gestures, or other aspects of language that would lead us to believe that anything needs to be attributed to the genome of Homo sapiens that is specific to language. Cultural learning, statistical learning, and individual apperceptional learning complemented with human episodic memory seem up to the task, especially when considered with the arguments of Everett (2012) and this essay. Nevertheless, the literature is rife with claims to the contrary, namely, that there are phenomena that can only be explained if language is acquired at least partially based on language-specific biases in the newborn learner. One of the sets of studies that has attracted a great deal of attention in this regard is the work of Goldin-Meadow on “homesigns,” gestural languages that emerge from the deaf-children of nonsigning parents or who otherwise, Goldin-Meadow claims, has no access to linguistic input.

END_OF_DOCUMENT_TOKEN_TO_BE_REPLACED 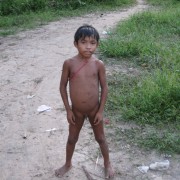 We are all out of Africa. But does this hold true of Homo sapiens or only our earlier ancestors, such as Homo erectus? In the second chapter of my book-in-progress, How Language Began, I contrast and evaluate the two primary hypotheses for the origins of modern humans, the multiregional theory and the Out of Africa or Recent African Origin (RAO) theory. According to the multiregional theory, Homo neanderthalensis, Homo erectus, and Homo sapiens, among others, are all the same species, arising from a very early migration from Africa and much local evolution and significant interbreeding of the various local populations of the species from around the world. The alternative RAO perspective is that there were multiple migrations from Africa but that Homo sapiens were the last of the Homo genus to leave Africa and that they drove all the others to extinction, through a combination of genocide and niche superiority. The implications for each of these theories for the evolution of language are considered are taken up again in chapter three.

END_OF_DOCUMENT_TOKEN_TO_BE_REPLACED

Hauser, Chomsky, and Fitch (2002) claimed that recursion is the fundamental basis for language, the sole member of the FLN (Narrow Faculty of Language): “We hypothesize that FLN only includes recursion and is the only uniquely human component of the faculty of language.” In Everett (2005), however, I argued that the Piraha language of Brazil […] [...]

My newest article appeared in the Chronicle of Higher Education on April 30, 2017.  “In a Pirahã village along the Maici River in Brazil, I squeezed mustard onto a piece of bread. An old woman from the village watched me. “Why do you eat bird shit?,” she asked. There was irritation in her voice. Then […] [...]

A discussion of Understanding Recursion and Looking for Self-Embedding in Pirahã, by Raiane Oliveira Salles, Pontifícia Universidade Católica of Rio de Janeiro. http://www.maxwell.vrac.puc-rio.br/26480/26480.PDF In the decades since I began field research on the Pirahã language, in December of 1977, 39 years ago, no one else has done any descriptive linguistics field research on this language. Brazilian […] [...]

An interview in which I discuss serious problems with the very concept of Universal Grammar. Listen Now [...]