Homesigns: Excerpt from Dark Matter of the Mind 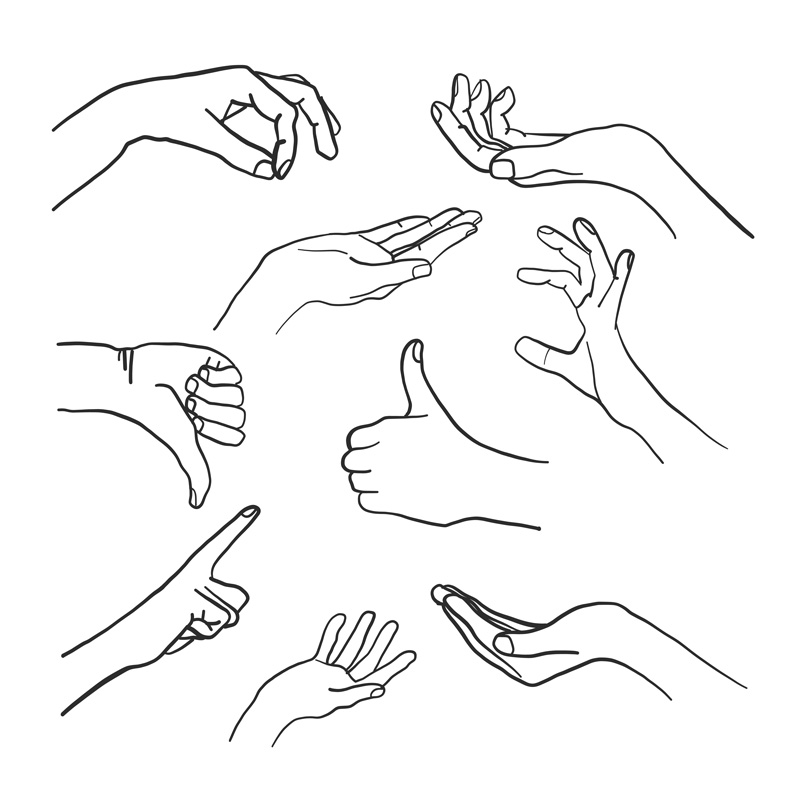 8 years ago
So far, we have seen nothing in grammar, gestures, or other aspects of language that would lead us to believe that anything needs to be attributed to the genome of Homo sapiens that is specific to language. Cultural learning, statistical learning, and individual apperceptional learning complemented with human episodic memory seem up to the task, especially when considered with the arguments of Everett (2012) and this essay. Nevertheless, the literature is rife with claims to the contrary, namely, that there are phenomena that can only be explained if language is acquired at least partially based on language-specific biases in the newborn learner. One of the sets of studies that has attracted a great deal of attention in this regard is the work of Goldin-Meadow on “homesigns,” gestural languages that emerge from the deaf-children of nonsigning parents or who otherwise, Goldin-Meadow claims, has no access to linguistic input.

One thing is clear from all claims of the emergence (what Goldin-Meadow calls “resilience”) of language features in communities that are claimed to otherwise lack language, from Nicaraguan Sign Language to Al-sayyid Bedouin Sign Language to creole languages, is that they begin simple and then become more complex over time with more social interaction. Often it takes at least three generations to develop a complexity roughly like many older languages. Thus, even if homesigns etc. are evidence for nativist or Bastian-like knowledge of language, such knowledge is very limited, perhaps no more than vague biases or solution spaces (which is one way to interpret, for example, the work of Berlin and Kay (1969) on the development of color terminology from the biological bases of color perception). More importantly, what marks the work of Goldin-Meadow and many others is what I consider to be an over-charitable interpretation of the linguistic aspects of the signs and a less charitable view of the cultural input the child receives as well as the nature of the task the child is facing. Absent a serious consideration of either the task or the input, such claims are severely weakened.

For example, Goldin-Meadow (2015) argues that homesigners develop symbols for objects, word-ordering constraints, part-whole relationships of gestures (i.e. compositionality, where a single gesture, she claims, can be broken down into separate parts, just as a word can be broken into morphemes), that gestures can fill slots in larger structures, that there is evidence for hierarchical structuring of homesigners’ utterances, that homesigners use gestures to mark different modes, such as negation and interrogation, that homesigners use their gestures communicatively, and that some categories in the world are grammaticalized according to patterns we see in all or many human languages (e.g. homesigners’ use of gestures for size and shape but not gestures for hardness, texture, temperature, weight, and so on). She discusses other characteristics of homesigners’ gestures, but these are sufficient for showing the potential problems of her approach.

First note that all of these characteristics evolved, so at some point humans learned them before natural selection could have used them for determining relative fitness. Second, none of these characteristics are specific to language. Symbols – unless we are using this in the strict Peircian sense, as we have seen, are used by many species. But even if the reference is to Peirce’s theory of the symbol as a conventionalized connection between form and meaning, much like Saussure’s signs, there is no reason to believe that this cannot be learned easily by humans. In fact, on one interpretation, that is all that Goldin-Meadow’s results on symbols show us, namely, that children readily adopt symbols. The object is a form with a meaning. As the child learns the object and desires to communicate, perhaps the most striking characteristic of our species, whether an interactional instinct or an emotional urge, the child will iconically represent the object and the meaning of the object in the particular culture comes along for the ride. Children participate in their parents lives, even if without language and try to communicate, as Helen Keller’s remarkable odyssey shows us. With an ability to see or hear or feel, the child can receive input from the environment, from its caretakers, and in fact will with most caretakers and in most environments. Learning the use of the object, the salience of the object to its parents and environment, it is unsurprising that children communicate about objects, as most other species, at least mammals, do. Whole objects, as perceivable in a particular space in time, are most salient and learned relatively easily by dogs, humans, and other creatures. Humans try to represent their objects, unlike other animals, because humans strive to communicate.

The fact that some features of the objects stand out to children is not surprising, though the particular reason that shape and size win out over many other features, if Goldin-Meadow is correct, is not yet clear. She ascribes it to the child’s native endowment. But I would suggest looking first at the way that objects are used, presented, structured, and valued in the examples of the child’s caretakers. Furniture, dishes, houses, tools, and so on are far more easily arranged and far more prevalent in the environment of caretakers’ salient objects than other features. At least that could be tested and there is no suggestion that any such tests were contemplated.

With regard to the claim that homesigners’ speech is organized hierarchically, there are two caveats. First, as I have argued in my own work (Everett 2005; 2008; 2009; 2012; and others) hierarchy and parataxis are difficult to tease apart. Either may be misinterpreted as the other and they are often confused due to what might be seen as theoretical. For example, in Pirahã utterances, we might say, “The man is here. He is tall.” Or “I spoke. You are coming.” And these could be interpreted as “The man who is tall is here” or “I said that you are coming.” But the analysis is likely much simpler, with the syntax lacking hierarchical structure. In none of Goldin-Meadow’s examples purporting to show hierarchical structure in homesigners’ utterances, did I see convincing evidence for hierarchy. The second caveat is that hierarchy is a natural solution independent of language and thus if one finds hierarchical organization in some language structures, this is not evidence that there is an innate linguistic bias. As information demands grow due to increasing societal complexity, hierarchy is the most efficient solution to information organization, across many domains (Simon (1962)). Computers, atoms, universes, and many other complex objects of nature are organized hierarchically. It is a naturally occuring and observable solution. In fact, for any action that involves selectional constraints, such that you must do x before you do y, there is hierarchy. Hierarchies are found in automobiles, canine behaviors, and computer filing systems. There is absolutely nothing special to language.

The ordering that homesigners are claimed to impose on their structures is mundane. First, they have to put their symbols in a particular order. And since the main ingredients of any utterance are the thing being reported about and what happened to it, what has long been called theme-rheme or topic-comment, the topic will usually precede the comment. And within the comment, where the new information is placed, a large number of languages in the world prefer to place the patient or object before the predicating element. So if someone somewhere is eating a fruit, this can either be described as fruit-eat or eat-fruit, with most languages choosing the former (e.g. German, Pirahã, Japanese, and thousands of others). Gibson et. al. (2013) have argued that word orders may be heavily influenced by strategies to deal with “noise corrupting the linguistic signal.” They predict in particular that SVO will be more common than SOV order in the absence of case-marking. Now, on the one hand this does not prohibit SOV languages without case-marking (and in fact there are many of these cross-linguistically). On the other hand, it is not clear whether there is anything remotely like case marking or argument marking in homesigning. And yet, the basic problem that communicators have to solve is communicating new information about shared information. So the object/patient is expected, ceterus paribus to be adjacent to the verb, at least when both communicate new information – which is generally – and the subject/agent farther away. And there are only two choices, Object-Verb or Verb-Object. Thus nothing very serious should be read into finding one of these orders among homesigners.

Nor should it be surprising that once an order is chosen, it is easier to stay with it than to order objects and verbs randomly. Nor is there anything in the genetic endowment that should be applied about information structure. Topic-comment is a natural communicative arrangement. But Goldin-Meadow neglects to discuss the information-theoretic possible constraints on ordering hence misses a potential alternative explanation for her facts.

Homesigning clearly illustrates the desire of all members of our species to communicate (Aristotle’s “social instinct”). And it shows that many solutions are more common than hypothetical other solutions potentially. But not only do we have no convincing syntactic analysis of the facts, but evidence suggests (Andrén (2010); Duncan (2002, 2006); Zlatev (forthcoming)) that in fact gestures are sufficiently motivated by communicational needs that it makes little sense to attribute them to the genes as language-specific biological endowment.

Next Post
What would it take to show that something is an instinct?
Previous Post
Out of Africa
We use cookies to improve your experience on our site. To find out more, read our Privacy policy. If you continue to use this site, you agree with it.